Not "Just a Pony" 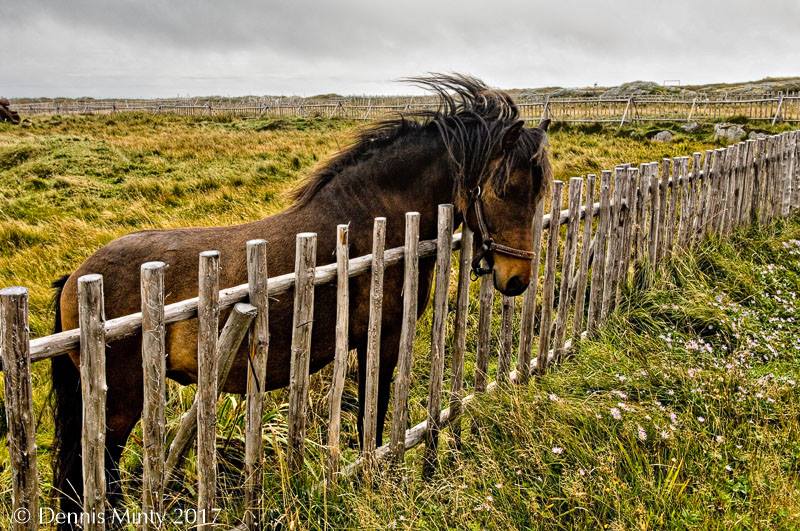 Photo by Dennis Minty, Newfoundland Photographer and graciously permitted for Villi Poni to use here.
Print for Sale Here
Midnight Trumpeter, named so because he was born at midnight and let out a huge neigh, was a beautiful bay Newfoundland Pony from Tilting, Fogo Island. Trumpeter had a hard life and it showed over time as an aggressive personality. When he found his way to a different farm, he was adopted out to owners who were not prepared to take on a pony with trust issues towards people. When we were alerted to his situation, we were informed that if someone didn't come get him within a month, he would be put down. Frantically networking with people in an effort to save him, we found a home that was familiar with the breed and with problems like his. We were confident that he would be safe in experienced and caring hands. The following morning we awoke to an e-mail informing us that under the advisement of people who thought it to be the best, Trumpeter was shot and killed. It had been less than 24 hours since we heard his story and found him a home.
​
Trumpeter's tragic story is sadly not unique. But it is the match that lit the fire that began our campaign to save this beautiful breed and to raise public awareness about their rapidly diminishing numbers. ​

We strive to have a network of knowledgeable adoptive and foster homes, transport and veterinarians to prevent anything like Midnight Trumpeter's story from repeating.