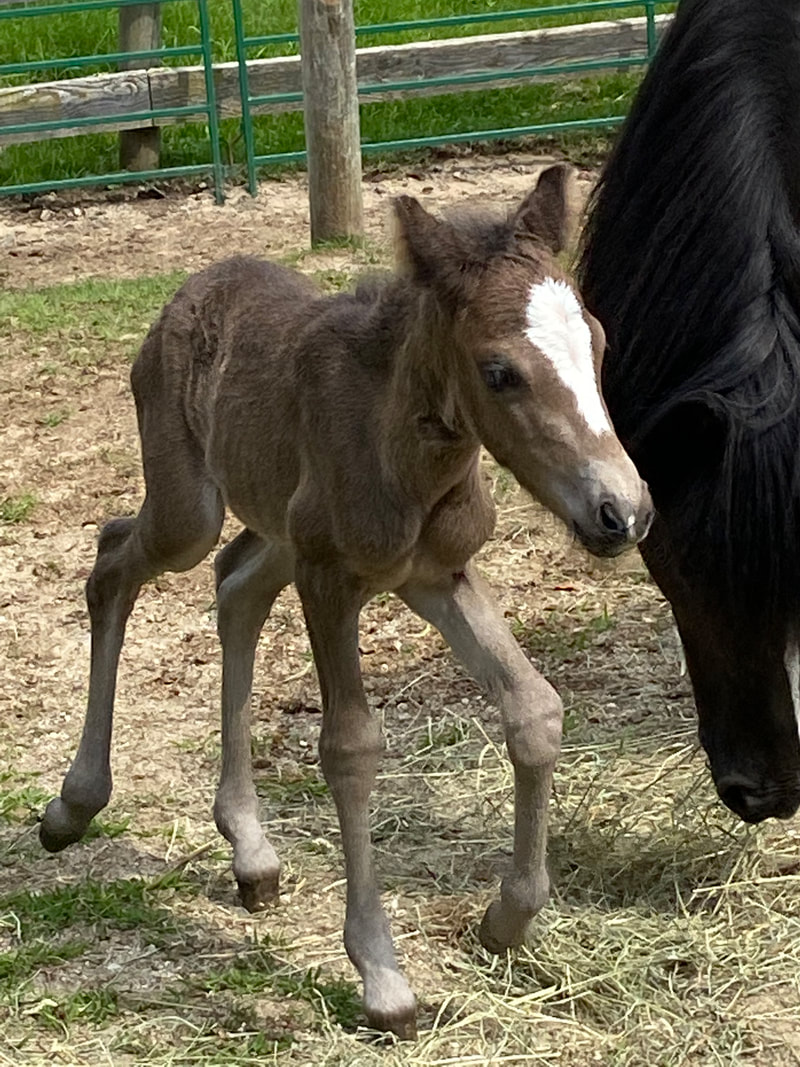 ​Born, at 10:00 pm 7/21/21 - a filly to Highland Snow Storm and Ammy’s Honour. Mom & baby are doing great! This is Storm’s 2nd living foal. This is Ammy's 2nd foal. It’s a win win for the breed!
For those who may not know, Ammy suffered a catastrophic injury at another farm when he was 5 years old. His right rear femur was broken badly. Honestly, we took him in to put him down. However our vet said - he was young, the injury had fused, and he was small so give him a chance. That was 10 years ago this month. Brave Ammy adapted to his permanent disability.
A year ago, Four Paws Reiki kindly and generously provided him with healing energy on a regular basis. Lo and behold, not only can he slightly bend that leg now, he also can rear (which we discovered when we took him to a breeding farm to have his semen collected.)
And so he live-covered beautiful Storm. She took immediately.
All of these ponies are special, but a baby from a stallion who faced such a life challenge is even more special. It’s not about this filly’s color. We don’t care about color or looks/conformation. We care about passing down genetics and this birth is truly amazing.
We only wish that Cle Newhook and Ammy’s breeder Debbie Bray, who named Ammy after her Great Uncle who died in the mines, were still with us to see this. But somehow we think they know, and are celebrating right along with us all.
PS - she was born at a New Hampshire foster farm whose owner’s family are all Newfoundlanders. This was a thrill for them too. 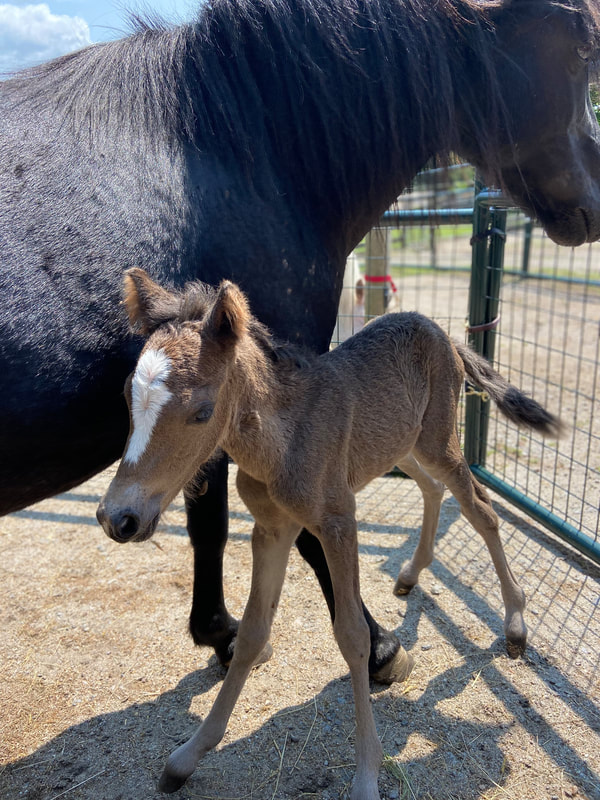 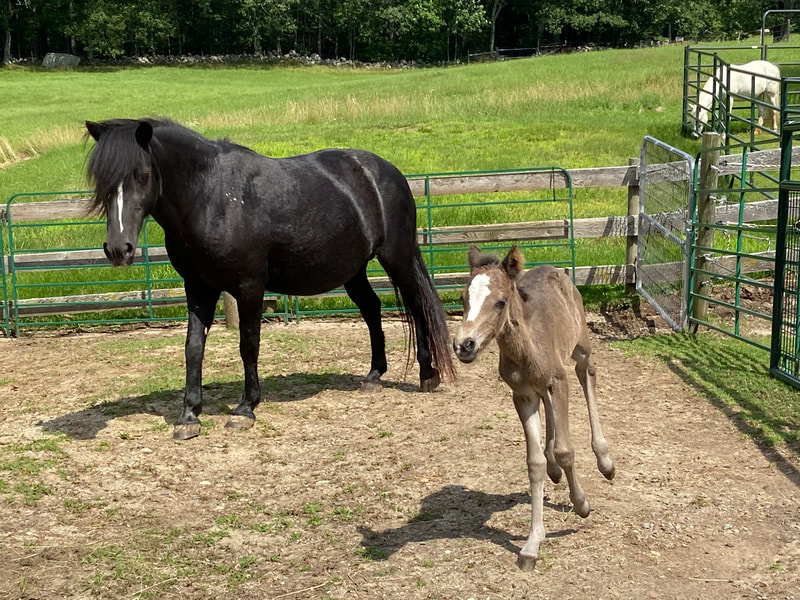 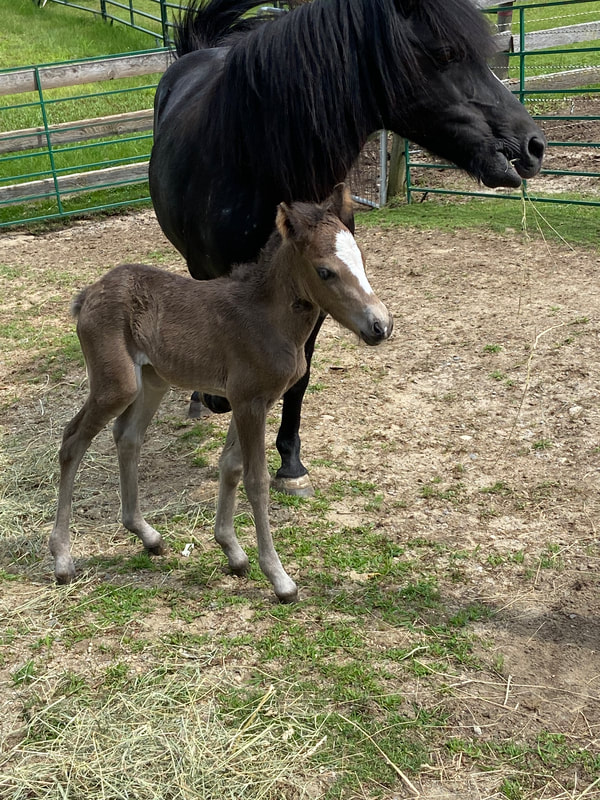 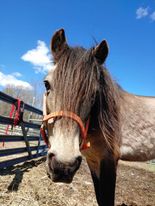 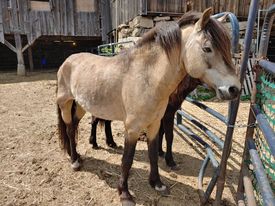